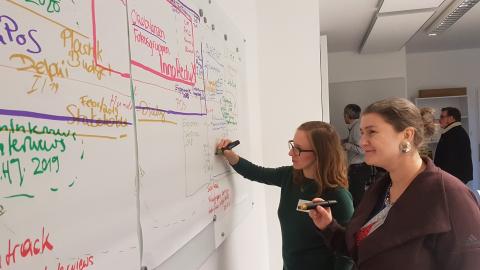 Two working groups discussed the perception of plastics by citizens and consumers as well as standardisation, legal measures and self-regulation. During the discussions, several questions were raised, including the following:
» What should be regulated?
(products, substances, processes, behaviour,...)
» Where/At which point do we have to regulate?
(where along the value chain, which legal area)
» Which regulations require more knowledge?
(micro- vs. macroplastics)
» Who are the drivers of the regulatory debate?
(discourse formation)